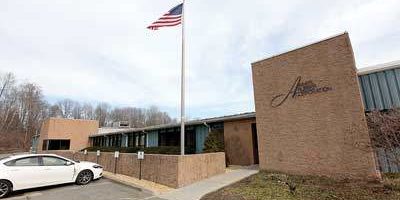 If the 1970s saw explosive growth for Ames, the 1980s saw a tectonic shift in the way the company did business, who it supported, and how it made money. The 1980s saw the rise of personal computing and the rapid decline of the typewriter in the workplace. The industry that Ames Rubber was founded to support would be nearly non-existent by the end of the decade, and Ames would further expand to new ventures.

By 1982 business with Xerox and its subsidies passed $21million for the year, more than 60% of the total sales in that year for Ames Rubber. Ames business jumped by over 50% from 1981 thanks to the release of the Series 10 copier system that Ames has been developing for years. Xerox had faced stiff competition since the mid-1970s when Kodak introduced its own high-speed copier. The product improvement race was on. This benefited Ames as separate sales and development teams within Ames worked on both the Xerox and Kodak accounts.

The two main players in the Office Automation space both utilized Ames for the quality and reliability of their rolls. Ames took the confidentiality of both customers intellectual property extremely serious. While the Xerox program utilized the spray technology Ames developed during its foray into the golf community; the electrostatic process developed with Kodak was a new tool added to the knowledge base.

While the boom in these new printing technologies began to play an ever-increasing role in the day-to-day at Ames, the Typewriter industry continued the decline that began in the 1970s and more than a dozen former customers saw their last orders placed with Ames. The era of the typewriter was gone and replaced by these new printing technologies that would support the exponential growth seen in the personal computing space.

Ames typewriter platen business fell from over $2m in 1979 to just $500k by 1983. The industry was obsolete, replaced by the technological advances that have shaped our world today.

Despite the decline in typewriter business, the exponential expansion in other business saw Ames expand operations again in 1983 acquiring a vacant truck body factory in nearby Vernon. The 40,000 square foot factory. Originally slated for a joint gas mask program with their European partner, the facility was eventually slated in 1988 for relief of overcrowded production in the Wantage facility. A much-needed shift in production.

“It was a great time working at Ames. There was a multitude of new and interesting technologies to work on and you could see the fruits of our labor in the marketplace. It made you feel like you were truly making a difference because we were.” A long-time employee stated.

By the end of the decade, the 50% growth from 1982 that seemed like a dream would be dwarfed by the continued growth. Ames would finish 1989 with over $50m in sales and over 750 employees.

In the next installment we enter the 1990s, Ames receives national recognition, and Ames expands its focus.