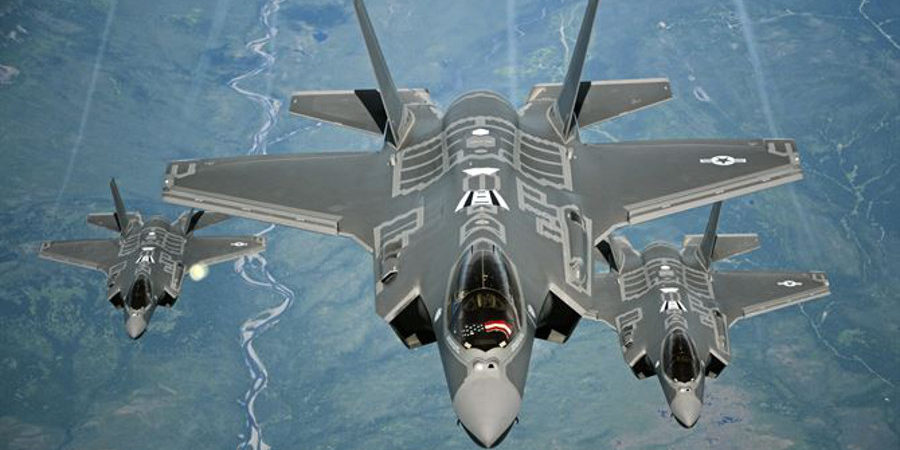 With the turn of the new century, Ames made a strategic decision to move more towards government contract work and the Aerospace industry.

Ames had developed various coating materials and processes throughout the years of serving the copier and printer markets with various rubber roller products. During research into other processes, engineers found that these coatings had characteristics that might be useful in other applications.

A Shift in Focus

Ames determined that they could offer some of these coating materials and processes to the Aerospace/Aircraft markets as a Protective Coating for external components to resist erosion, foreign object damage (FOD) and the formation of ice on these components. Ames began to solicit opportunities within the government and contractor space and found interest in these coatings.

After multiple iterations and trials, Ames was awarded a contract to provide coatings for various components of the F-35 Joint Strike Force as this project ramped up to full production. This followed a near decade-long development process undertaken by the Ames product development team in conjunction with the end-user.

This was not the only work for the government that Ames began to undertake. Ames partnered with another provider to provide gas masks and other safety products used to help protect the United States Armed Forces and its allies from field concentrations of chemical and biological agents, along with radiological fallout. While this project would only last a few years, the expertise gained during it would allow Ames to expand deeper into the safety market in the following decade.

Ames also launched the AMESSeal Dispensed Gasket system which features a composite gasket comprised of silicone and Viton®. The base of silicone provides low compression and excellent sealing, while the thin outer fluoroelastomer layer provides resistance to heat and chemicals. A key challenge in the development of this process was to determine how to bond different elastomeric materials to each other. The product development team used the knowledge gained over the years in the development of various types of rubber rollers to perfect this process.

Ames continued to improve quality across the roller products that had helped Ames grow for over 40 years, including an increase in lifespan of over 400% on some rollers. The increased efficiency let Ames focus on these areas of growth through the early 2000s.

This expansion into new markets would continue into the 2010s as Ames would focus energy in the growing Aerospace and Safety markets.